Marla Townsend is a speaker, consultant and coach to many of the most successful individuals, teams and organizations in the Birmingham, Alabama area and across the country.

Since 1986, Marla has influenced thousands of lives and inspired them to hold themselves to a standard of excellence.

In her softball coaching career, Marla received 6 Coach of the Year honors, is a member of 2 Hall of Fames, and is the only coach in UAB history to record more than 500 wins.

While Marla is best known for her success on the softball field, some of her most memorable experiences are working with the youth and inspiring them to become more.

Marla has been in the education field for 32 years and takes great pride in strengthening the community around her. This is evident by the strongly connected community of students, athletes and coaches she has influenced throughout her career.

Marla's passion and deep desire to help others improve their lives is her driving force.

Marla has pride in experiencing many “firsts” in her lifetime and has great appreciation for those who paved the way to allow her these experiences:

The core values that Marla lives by are:

Marla's focus is now on:

What Others Are Saying About Marla...

"Coach Marla has a selfless passion solely for lifting others up. She coaches integrity, character, resilience, the value of team, the love of family, which extends far beyond blood lines for her, work ethic, confidence, poise, duty, and loyalty...  and her girls learn a little about sports along the way. Coach Marla is at her best, and at her happiest, when she is quietly hoisting up the spirit and the success of a newly empowered teammate, far higher than the heights they’d ever thought they’d reach."

“Marla Townsend has 20 years of experience in Division I athletics and would be an excellent life coach for anyone looking for an advantage in business or personal goals.” 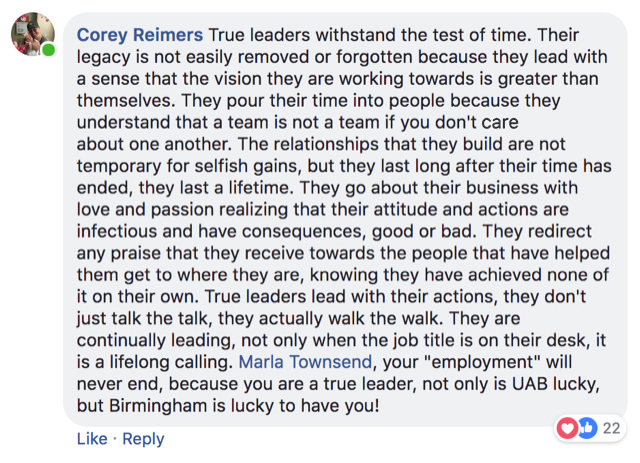 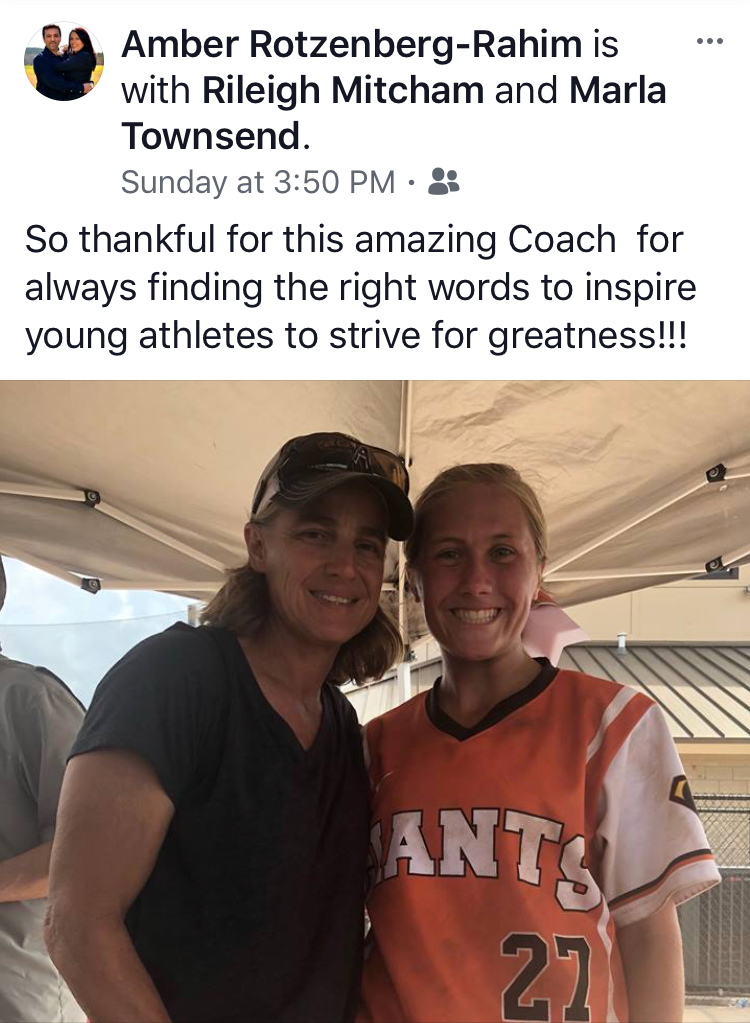 "Words cannot aptly describe the impact Marla has made on my life in the 4 years she was my college coach. She pushed us to not only be the best players we could be on the field, but also pushed us to be the best in the classroom and in life in general. Her focus on work ethic, leadership, determination, and honesty not only helped mold me into a good softball player, but into a strong young adult that had the tools to go out and be successful in the working world."

"I have known Marla in some capacity for the past 20 years. As her sport administrator, I’ve had an up close view of her work ethic, her integrity and her dedication to young people. She leads by example. If she expects it of others, she demands it in herself. Any young person would be fortunate to work with her and their life would be be better because of it."

"Talented. Loyal. Compassionate. Dedicated. Inspiring. Marla Townsend is all of these things and more. Even a short time spent with her will leave you and your team energized with a new respect and passion for the game."

"Coach Townsend was one of the greatest women I could ever look up to. She taught me how to lead and help people and to love God. She made me see that softball was more than a game. It’s about making a difference in someone’s life and making the most out of the time you’re given. Coach Townsend made an impact on my life and I would not be the person I am today without her wisdom, guidance, love and encouragement. I am thankful for her believing in me, especially when I didn’t believe in myself."

Get Marla's new blog posts delivered directly to your inbox: